Currently, the NZ border is closed to all but kiwi citizens and permanent residents. Upon returning, it’s required to spend 14 days in a government quarantine facility. Here YA regular contributor Neha muses on the latest news of the proposal for kiwis returning home to New Zealand having to foot their quarantine bill.  Is it fair to charge such high New Zealand quarantine fees? Why do so many kiwis lack any empathy for expats abroad?

Where is the love, Aotearoa?

Aotearoa. The land of the long white cloud. The name of New Zealand itself makes me emotional; it gives me goosebumps and has me beaming with pride.

I feel proud to be a New Zealand citizen, proud of our culture, our values, our sports teams, our response to events like earthquakes, the Christchurch mosque shootings, and, most recently, the COVID19 pandemic that has enveloped the world and brought us uncertainty in every possible way.

Every single time we’ve faced adversity in New Zealand, kiwis have rallied together. We’ve united as one no matter what. We have shown the world what kiwis are made of. Unity, community spirit, strength, support, and good humor. We love the indomitable, good old kiwi spirit.

The gritty, hard reality of being a kiwi expat during COVID19 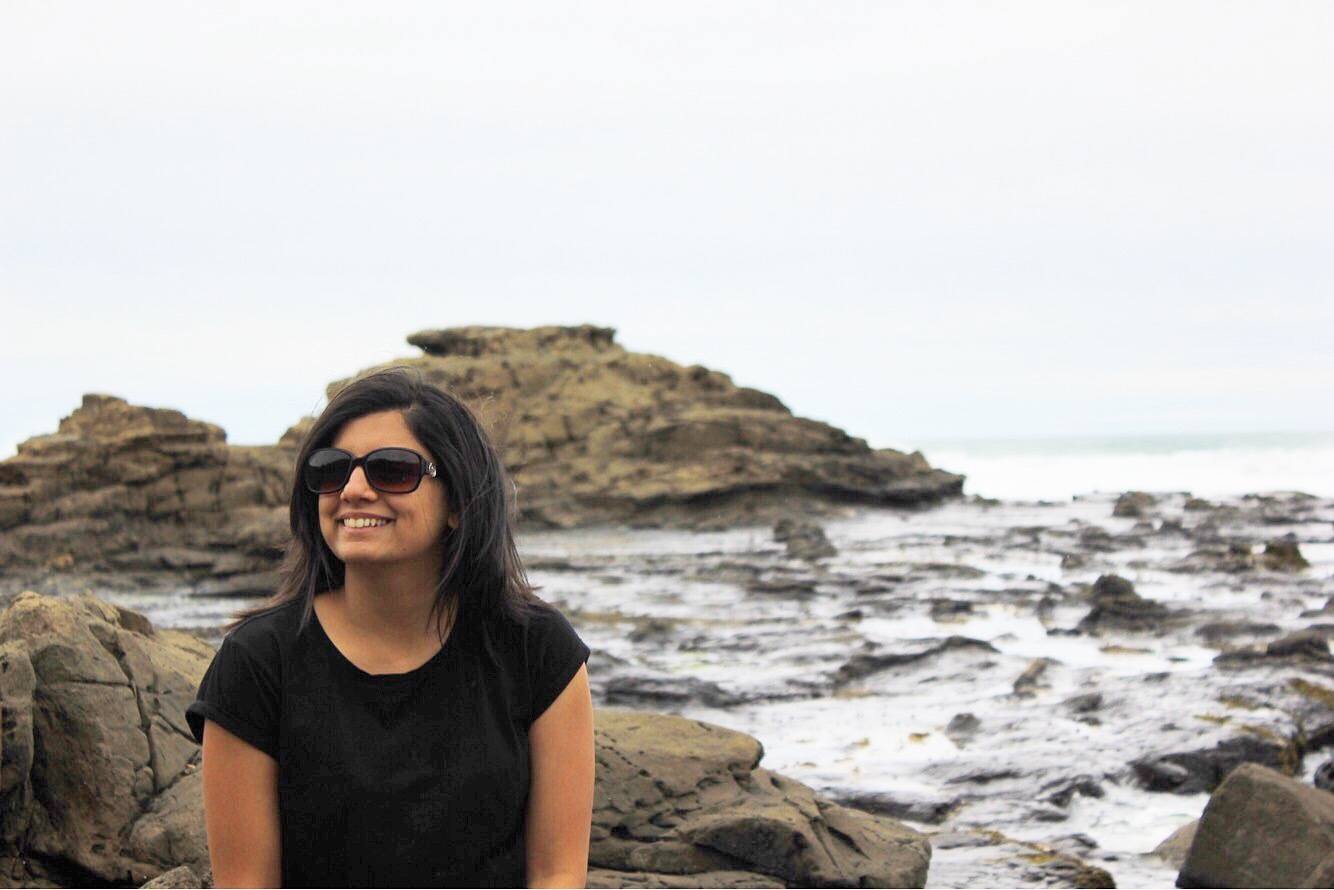 However, as I write this from London, in many ways, I feel the kiwi spirit that is so inherent to our culture seems a little bit lost in light of current events.

Recently there’s been a proposal for people coming into New Zealand to foot their own $3,000+ bill for a mandatory 14-day stay at a quarantine facility (if they stay for less than 90 days). There has been a fair amount of “lively” discussion in the news around this change of plans—good, bad, and relatively hideous.

Until now, this managed isolation/quarantine imposed by the government came free of charge. However, a lot of us expats are shocked by the reaction of other kiwis. When we speak of the unfairness of the New Zealand quarantine fees, hate follows.

For those of us living overseas, the negative response to this announcement from New Zealanders at home has taken us aback big time! We have been called ‘tone-deaf’ and ‘privileged,’ among many other unkind things. The proposed charge possibly violates the New Zealand Bill of Rights. There are many different reasons why this decision is currently causing us, expats, a whole lot of anxiety, disappointment, and stress.

There has never been a more critical time for empathy and kindness. 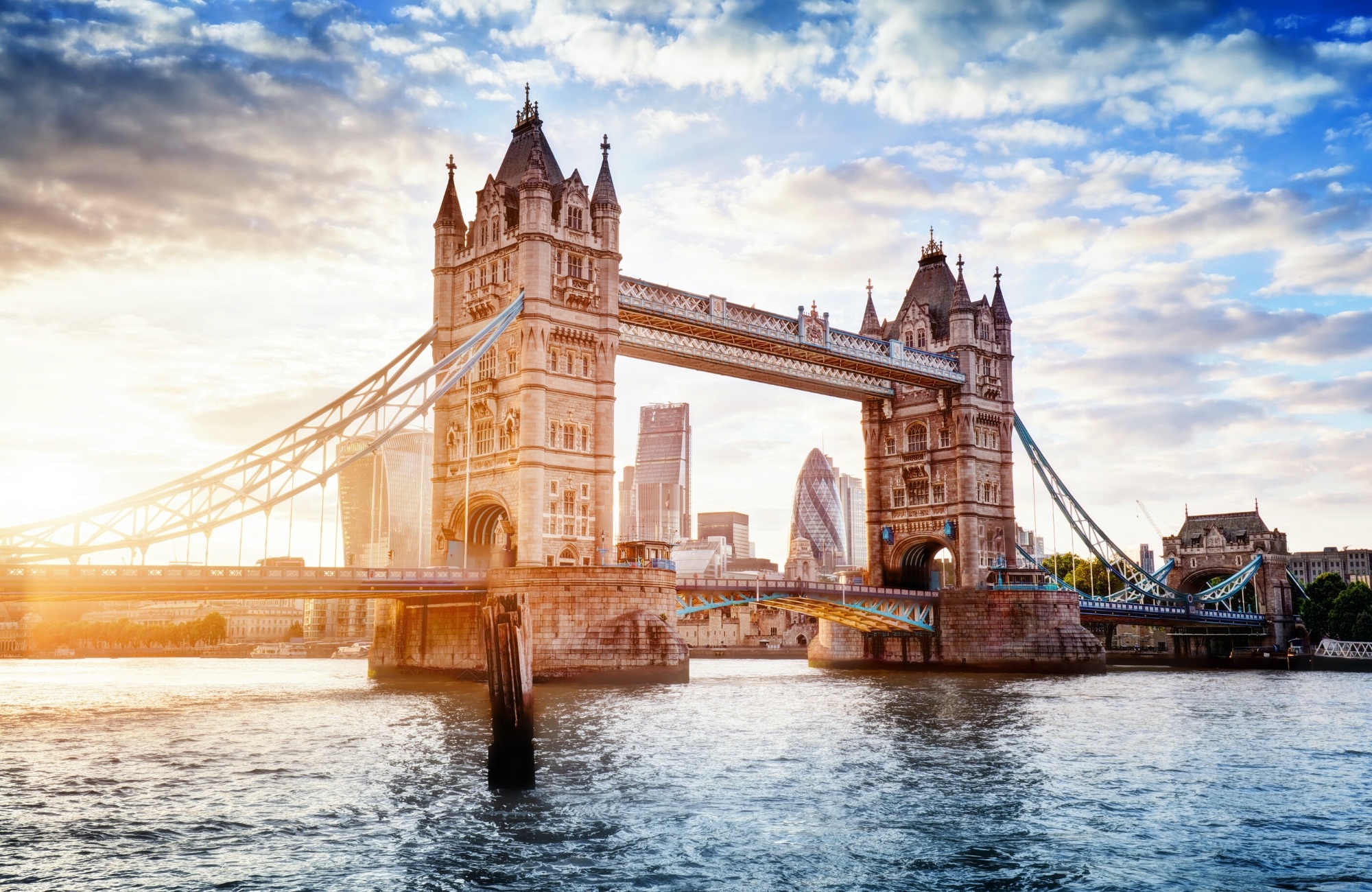 For a lot of Kiwis returning home, including myself, there is already a lot of financial, emotional, and mental stress and pressure. And that’s not even digging into the fact that we are stuck across closed borders far from home with no light at the end of the tunnel.

I’d like to share some insights into my situation. In the hopes, it might illuminate the complexity of the issue of being a kiwi expat during COVID19 and how hard it can be. 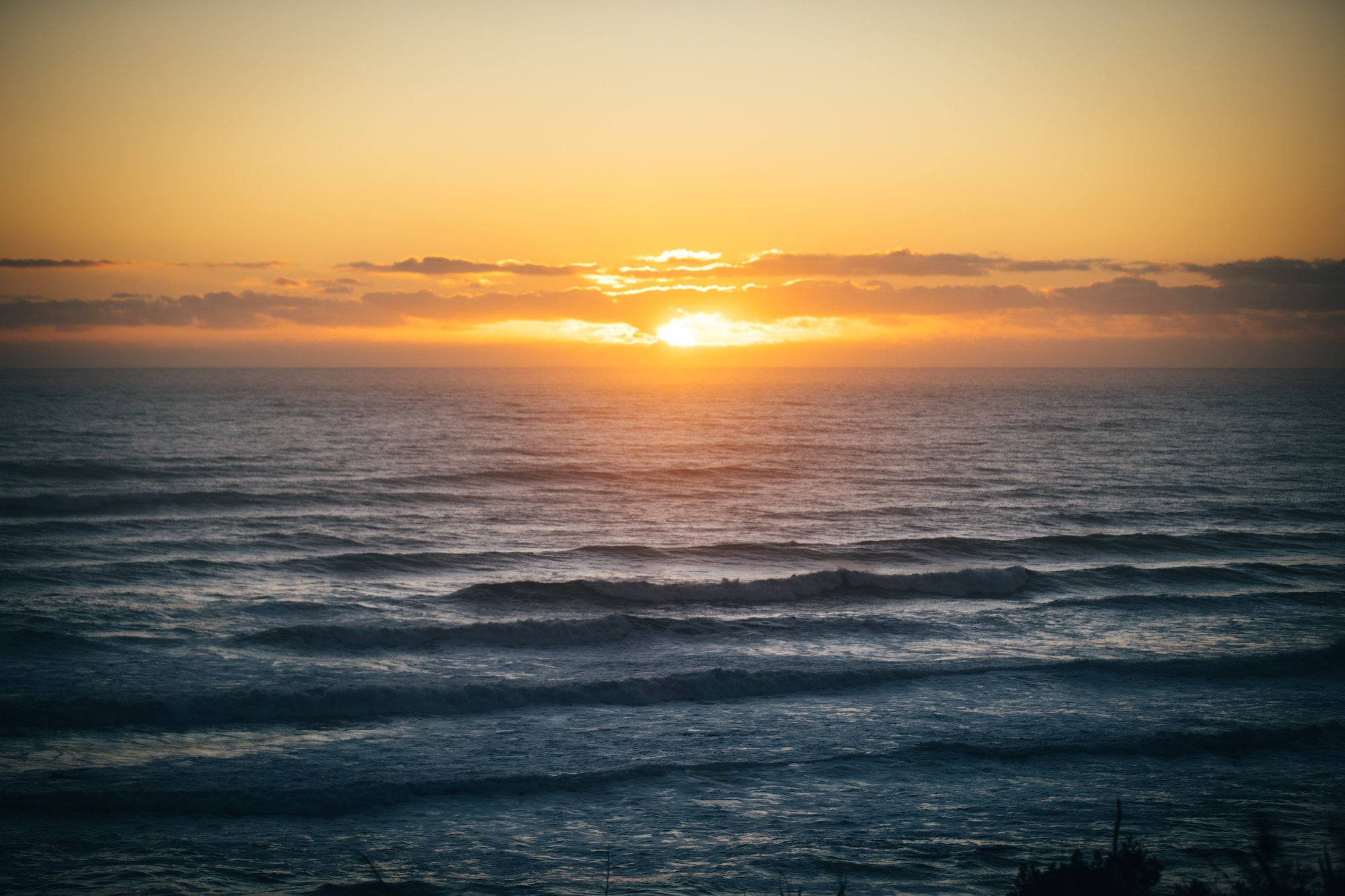 I acknowledge that having a Kiwi passport that allows me two years in the UK is a massive privilege.

However, this privilege has also come at a cost. The cost of the visa and NHS surcharge itself, the cost of setting up a new life in a foreign country without a job, the cost of facing an endless number of months unemployed. Most kiwis in my position have often taken pay cuts to be able to enjoy this privilege. We are now returning home only because we have to, not out of choice.

The deputy leader of the opposition party, Gerry Brownlee, along with other resident New Zealanders, has argued that us returning kiwis have had a lot of time to come back home. While that may be partly true, this move again comes at a cost and doesn’t factor in many things.

Do you guys even remember March? You know, when everyone thought this would blow over in a month?

Coming back to New Zealand early in the middle of a pandemic is so hard. It means quitting jobs and giving up an income (something that is so valuable now). We have to break leases on apartments with huge fees. We would be uprooting our lives to move back home to unemployment and uncertainty. Once again, in New Zealand, some of us may potentially end up on the government benefit. This is paid for by taxpayer money too.

All of these factors, along with the official NZ government advice to ‘stay put and stay safe, wherever you are’ has meant that kiwis have refrained on getting on flights to go back home. Talk about conflicting messaging! 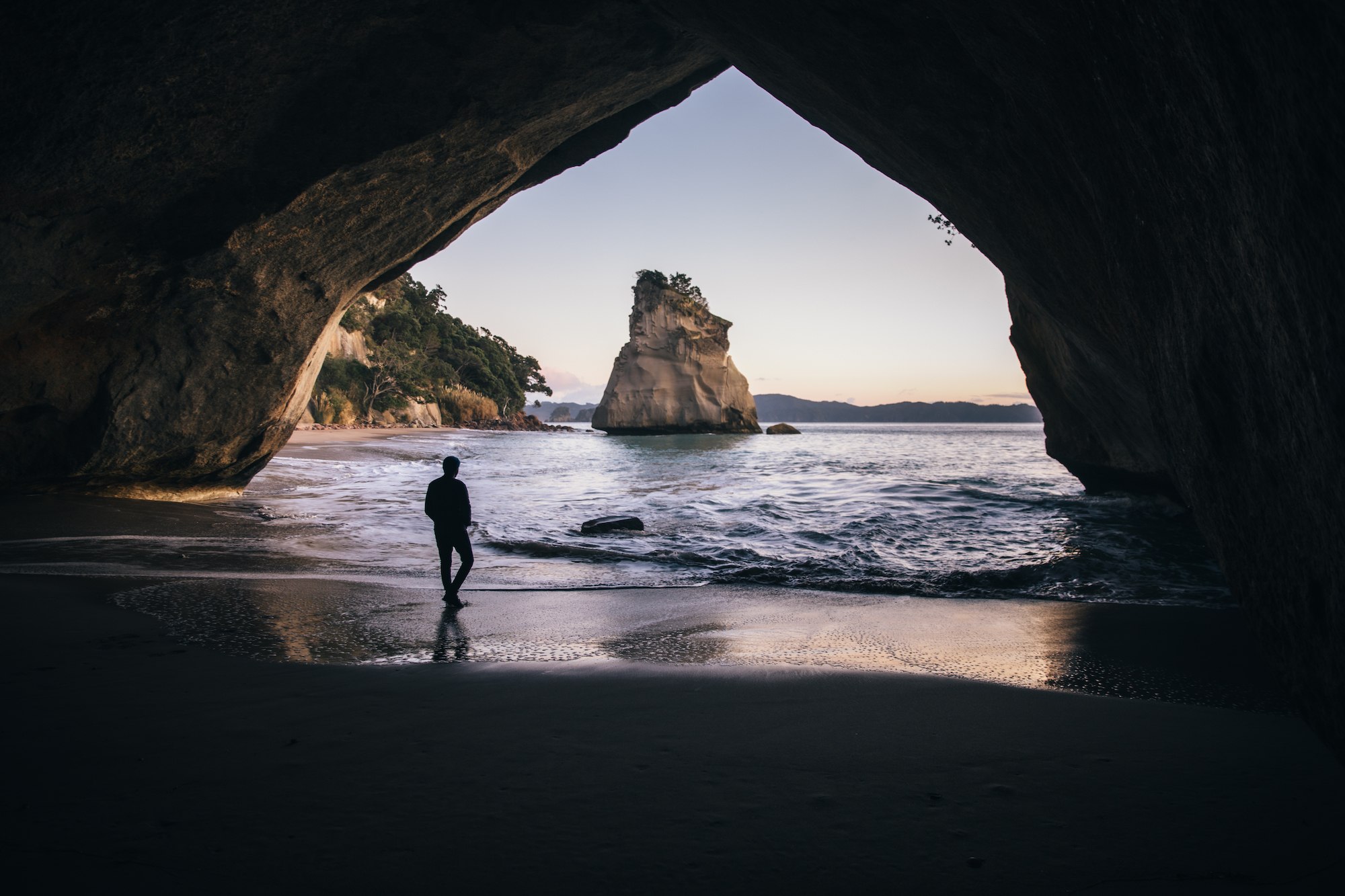 With airports closed, airlines grounded right through from March to May, kiwis wanting to come back home have had flights canceled more than three times. There just haven’t been enough flights. Now there are even less because of the restriction on the number of kiwis allowed to enter the country every day.

Additionally, the cost of the flight back home is about £1,500 one way!! That’s NZ $3,000. NO ONE has that kind of money to fork out at the moment, so it has been tough going for a lot of us. And no travel insurance will cover COVID costs either. Add in the New Zealand quarantine fees are you looking at a big chunk of money.

I have been a taxpayer in New Zealand for over 15 years. And the same is true for UK for the last two years.

Over that time, my tax has contributed to many things. From keeping our roads in good condition to keeping our rivers safe, keeping criminals in prison to protect society, our amazing health system, education. Recently, the wage subsidy that was announced by the NZ Government for the benefit of its citizens whose incomes were impacted by the pandemic was also paid for using the taxpayer money. 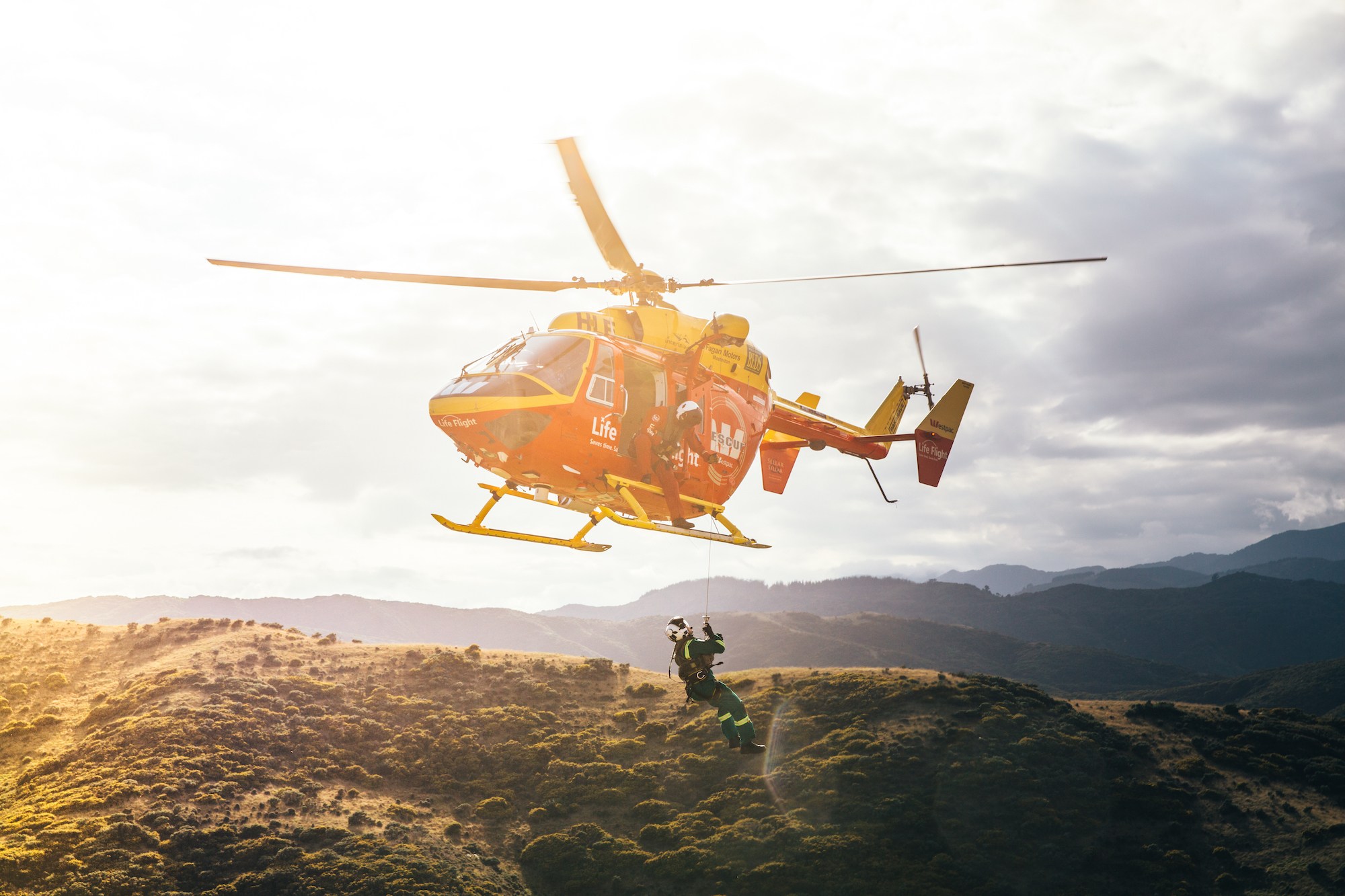 The cost for two weeks in managed isolation is more than the rent and bills most Kiwis pay in London for an entire month.

It is entirely unfair to have us pay a considerable sum of money (up to $3,100 per adult). With a policy that the government has brought in to keep the country safe, there’s no choice. And imagine if it’s your entire family? 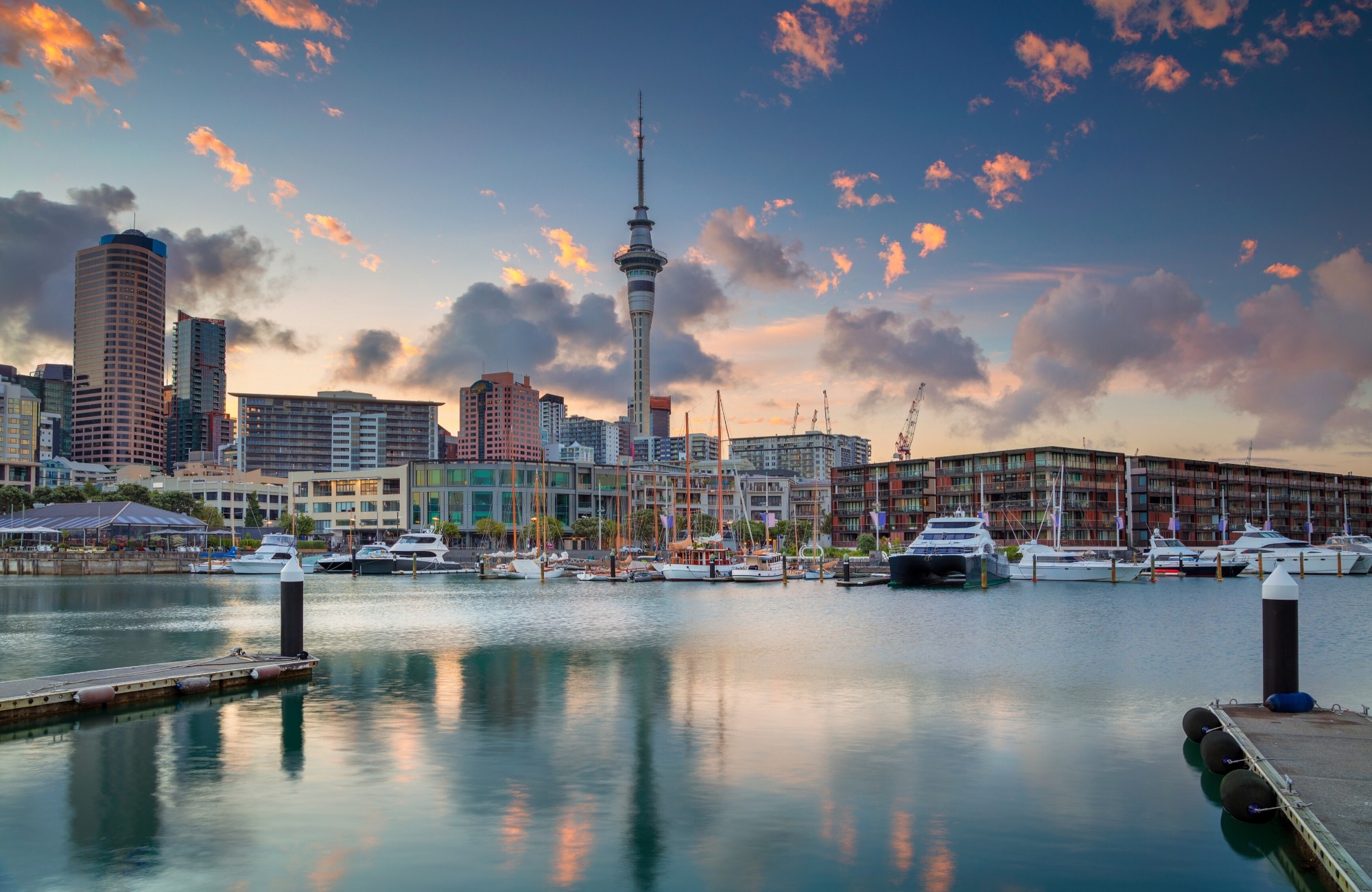 Recently I read that a prominent journalist in the NZ media said, “it’s cheeky for returning Kiwis to ask for a free two-week hotel stay.”

That just blew my mind. It is not a hotel stay I am choosing to undertake!! I am being forced by the government to stay in a room for two weeks to protect my country. In Christchurch, I have a perfectly suitable home where I can isolate. I have my bedroom and a separate bathroom to that of my parents. There’s even independent access to a lounge of my own. I would also much rather be at home in isolation than in a hotel room away from my family in London as well as Christchurch.

However, given that managed isolation is the government’s strongest defence, I will happily do so to keep New Zealand safe. But why do I have to pay for it?

Managed isolation is for the benefit of the whole country, so why then is there a bias against those returning home? Why shouldn’t the team of 5 million contribute to keeping the entire country safe? 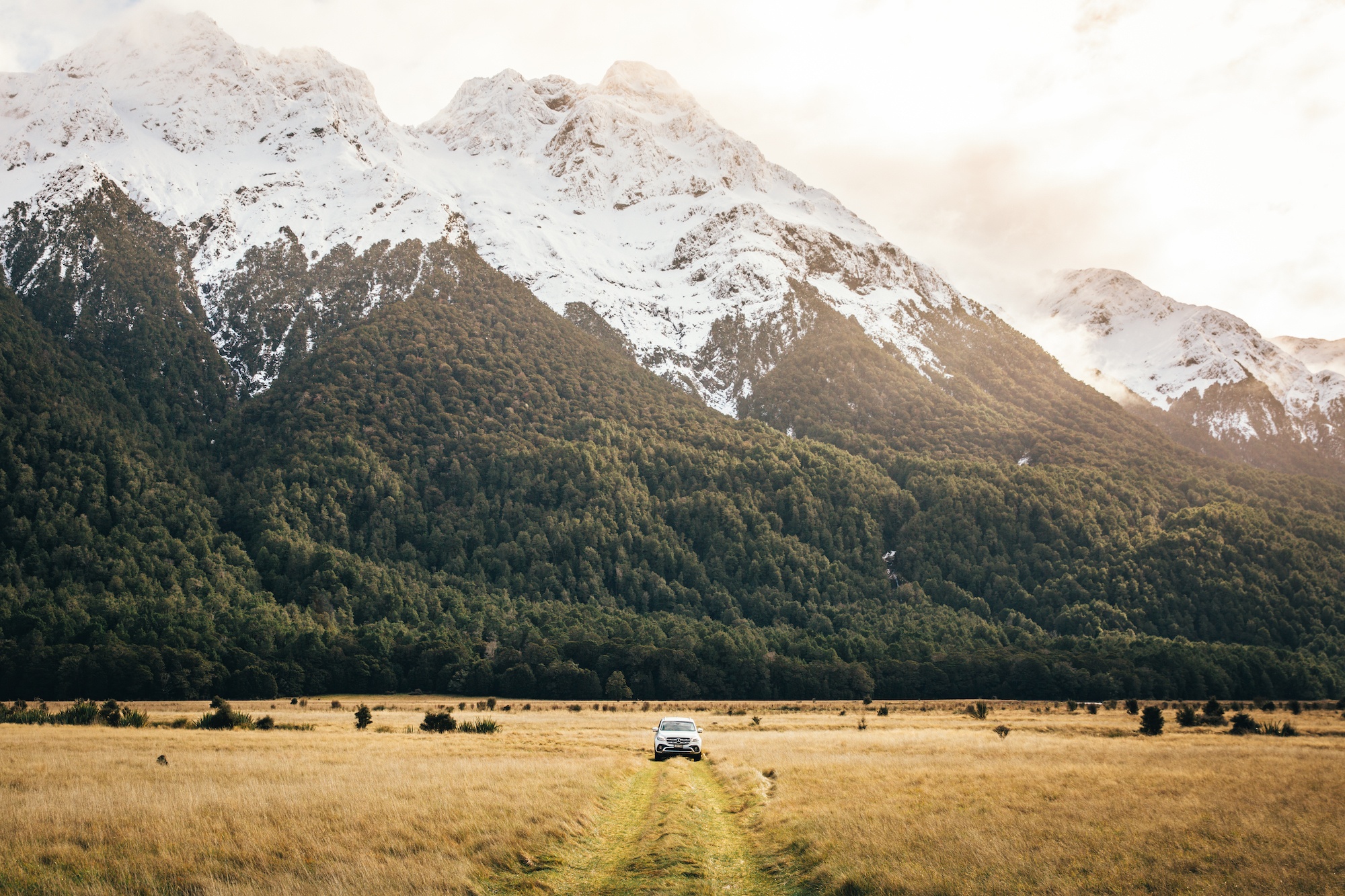 In the wake of New Zealand’s second wave of COVID19, it has pained me to see that the ‘hate’ has now turned towards Aucklanders and the low-income family at the heart of this outbreak. No doubt, they’re already struggling with COVID19. But the amount of grief they’re getting from the rest of the country is shocking and heartbreaking. What happened to the team of five million? Where is the love?

This year has already been a stressful one for most of us. Not being able to see family on the other side of the world has been difficult. The New Zealand quarantine fees are now going to make it even harder for some people to be with their families. Given the second wave, with no light at the end of the tunnel, it’s so hard. Christmas this year will be very different for a lot of families. People will remain separated due to the complexities of the pandemic and NZ’s strategy. 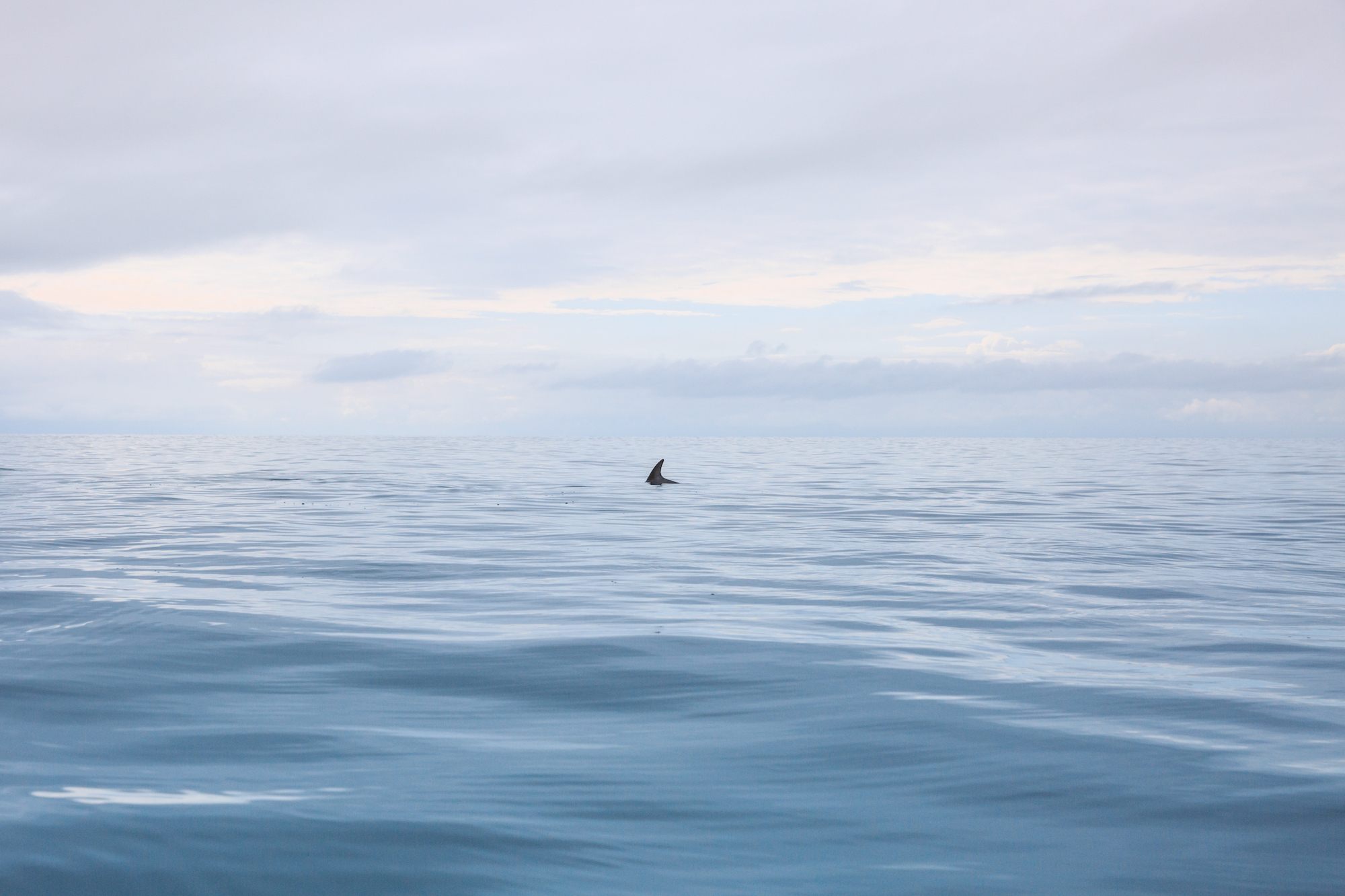 What the government decides to do with regards to borders, charges, lockdown levels, etc. is up to them. I get that we can somewhat influence the decision but ultimately can’t control it. What we can control is how we kiwis respond to it and engage with our community.

I know New Zealanders are better than the sentiment that is currently lingering in the country. The resentment, hate, and blame target those Kiwis stuck overseas and those at the heart of the current outbreak. It has never been us versus them like it is at the moment.

What are your thoughts on the New Zealand quarantine fees? Do you think kiwis should have to foot their quarantine bill? Do you find a lack of empathy online these days? Spill! 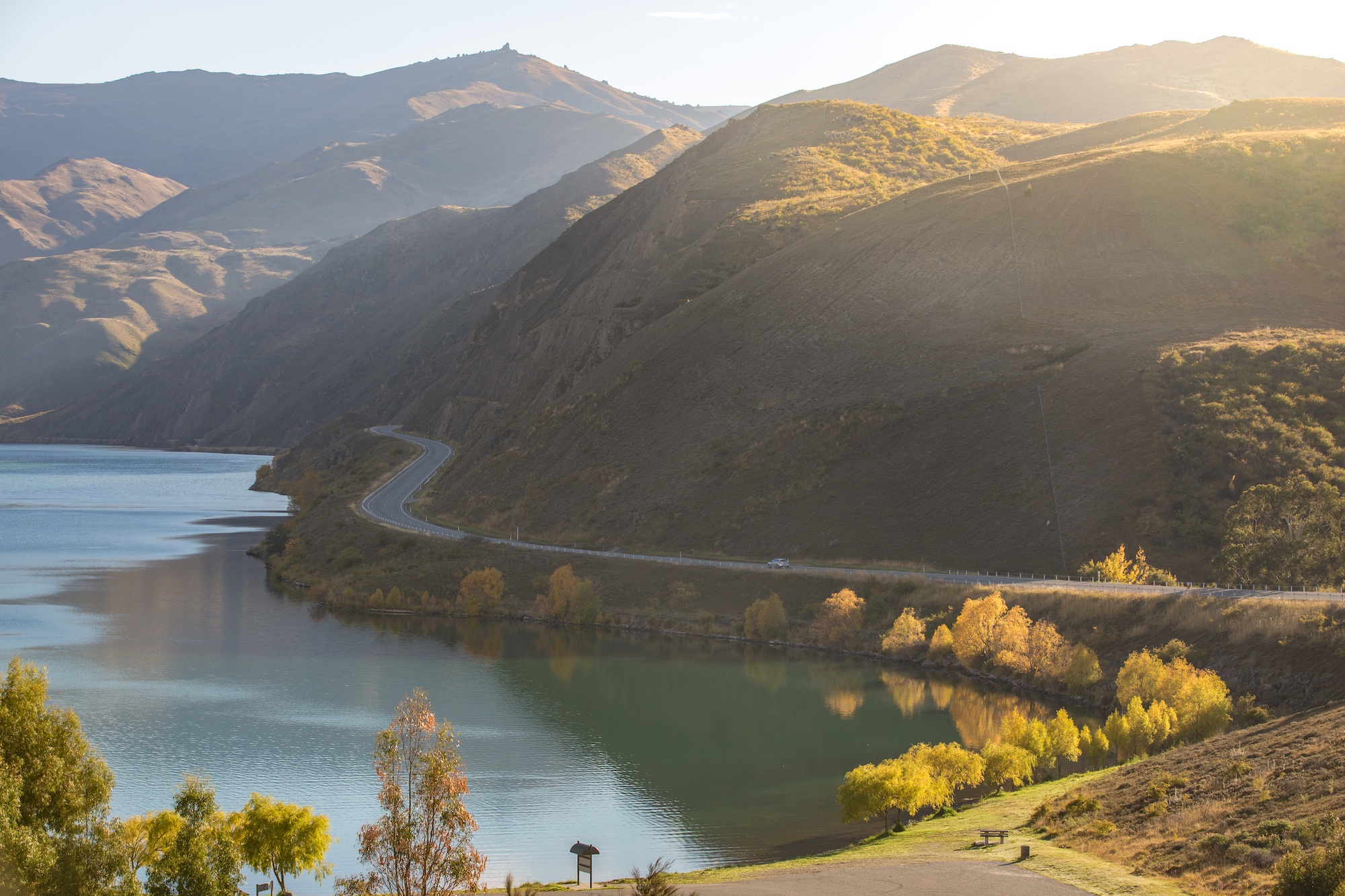 The post $3,100 to come home? Where is the love, Aotearoa? appeared first on Young Adventuress.

Some of my favorite sustainable kiwi brands that back nature

25 photos that will inspire you to visit the Nelson Tasman

Some thoughts on earning my permanent residency in New Zealand 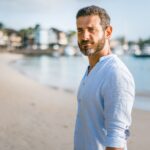 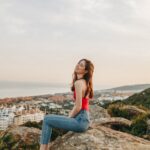 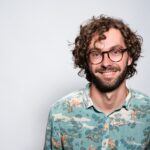 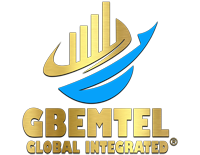 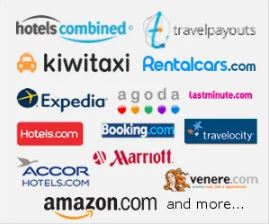